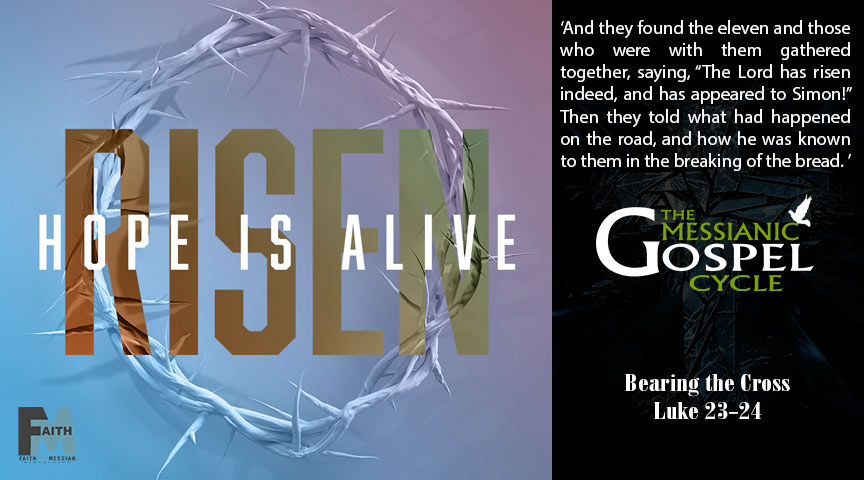 When he was at table with them, he took the bread and blessed and broke it and gave it to them. And their eyes were opened, and they recognized him. And he vanished from their sight. They said to each other, “Did not our hearts burn within us while he talked to us on the road, while he opened to us the Scriptures?” And they rose that same hour and returned to Jerusalem. And they found the eleven and those who were with them gathered together, saying, “The Lord has risen indeed, and has appeared to Simon!” Then they told what had happened on the road, and how he was known to them in the breaking of the bread.