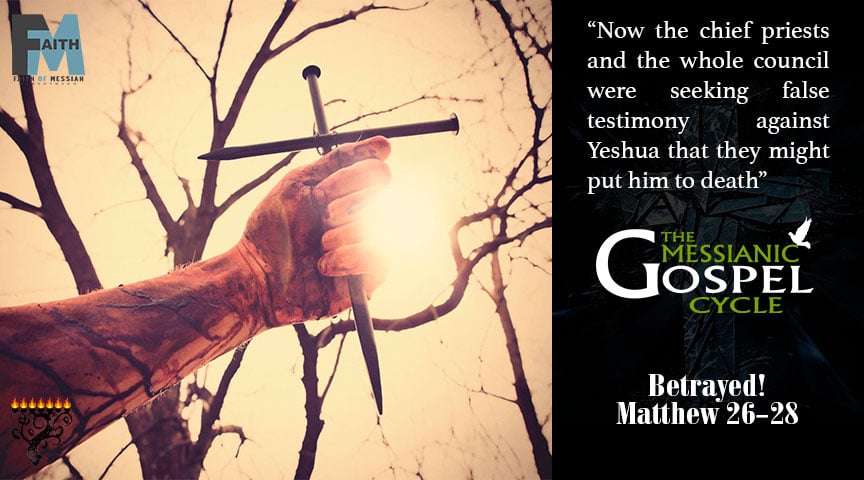 Now it happened that when Yeshua had finished all these words, He said to His disciples, “You know that Passover comes in two days, and the Son of Man will be handed over to be executed.” Then the ruling priests and elders of the people were gathered together in the court of the high priest named Caiaphas. They plotted together in order that they might seize Yeshua by stealth and kill Him. “But not during the festival,” they were saying, “so there won’t be a riot among the people.”