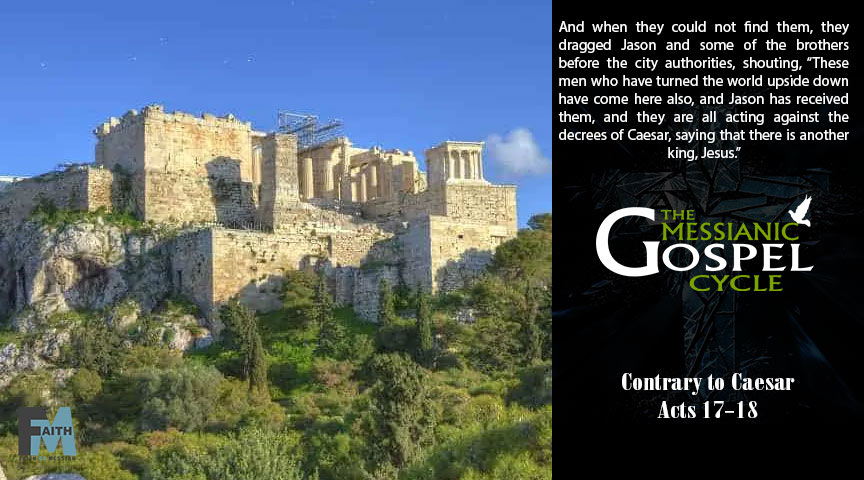 But the Jews were jealous, and taking some wicked men of the rabble, they formed a mob, set the city in an uproar, and attacked the house of Jason, seeking to bring them out to the crowd. And when they could not find them, they dragged Jason and some of the brothers before the city authorities, shouting, “These men who have turned the world upside down have come here also, and Jason has received them, and they are all acting against the decrees of Caesar, saying that there is another king, Jesus.” And the people and the city authorities were disturbed when they heard these things.