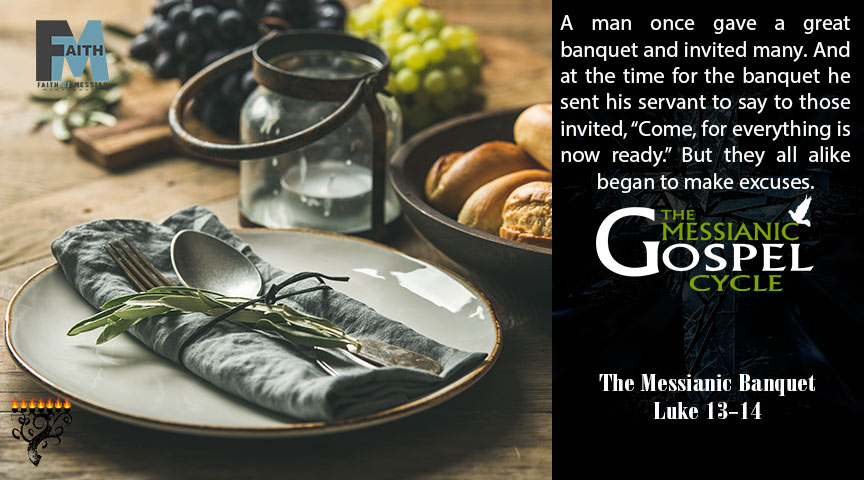 But he said to him, “A man once gave a great banquet and invited many. And at the time for the banquet he sent his servant to say to those who had been invited, ‘Come, for everything is now ready.’ But they all alike began to make excuses...Then the master of the house became angry and said to his servant, ‘Go out quickly to the streets and lanes of the city, and bring in the poor and crippled and blind and lame.’ And the servant said, ‘Sir, what you commanded has been done, and still there is room.’ And the master said to the servant, ‘Go out to the highways and hedges and compel people to come in, that my house may be filled. For I tell you, none of those men who were invited shall taste my banquet.’